Your are in: Home / Who we are / Who’s who at DIY / Charlotte Little, DIY Member 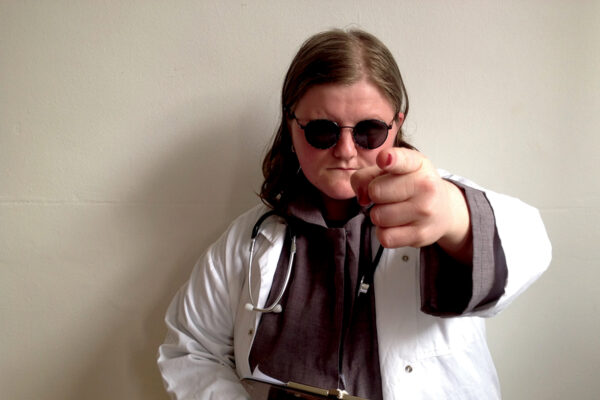 Charlotte in character as the Doctor in “Following Patient 36”. She was pretty scary and ordered everyone around including the audience!

DIY first met Charlotte when she was a student at Oakwood School and got involved in a Bronze Arts Award project with So Many Words. A few years later we supported Charlotte to achieve her Silver Arts Award as part of an Arts Leadership project with You Can Community Club. Now Charlotte is herself a trained Arts Award Adviser for both Discover and Explore levels and helps to run Arts Award projects with young people with learning disabilities. She also runs workshops at events and conferences, is a leader with DIY’s Friday Group, is one of our Young Leaders and is co-chair of our Board.

Charlotte’s first show with DIY was “Give me Space!” which toured extensively during 2018-19. Charlotte played the part of an alien from a hot planet in this multi-sensory show for PMLD audiences. Find out more on our “Give me Space!” show page.

Also in 2018, Charlotte took on a very different role playing 3 different patient characters in Access All Areas immersive show “Madhouse Re: Exit”. See our newspage from the time to find out more.

In “Following Patient 36”, first performed in 2019, Charlotte took on a key role playing on of the doctors. Watch Charlotte playing different characters in this short promotional video for the show.

We asked Charlotte some questions about herself:

Tell us one of your favourite things about DIY Theatre Co.

Tell us one of the things you are most proud of doing at DIY.

I had to learn how to be a bad character in “Following Patient 36” – I was proud of that. Because I’m always happy so it was a challenge.

What else do you do, outside of DIY?

I usher at The Lowry. I like to go to different museums. I like walking to different places and seeing different statues and monuments.

What motto do you live by?

The motto I use is “What doesn’t kill you makes you stronger”. It’s a Kelly Clarkson song. The way I see it is that even if someone knocks you down or says you can’t do something you can come back from that and be stronger.

Tell us about a piece of performance or visual art that has inspired you.

What makes you smile?

Seeing all my friends. 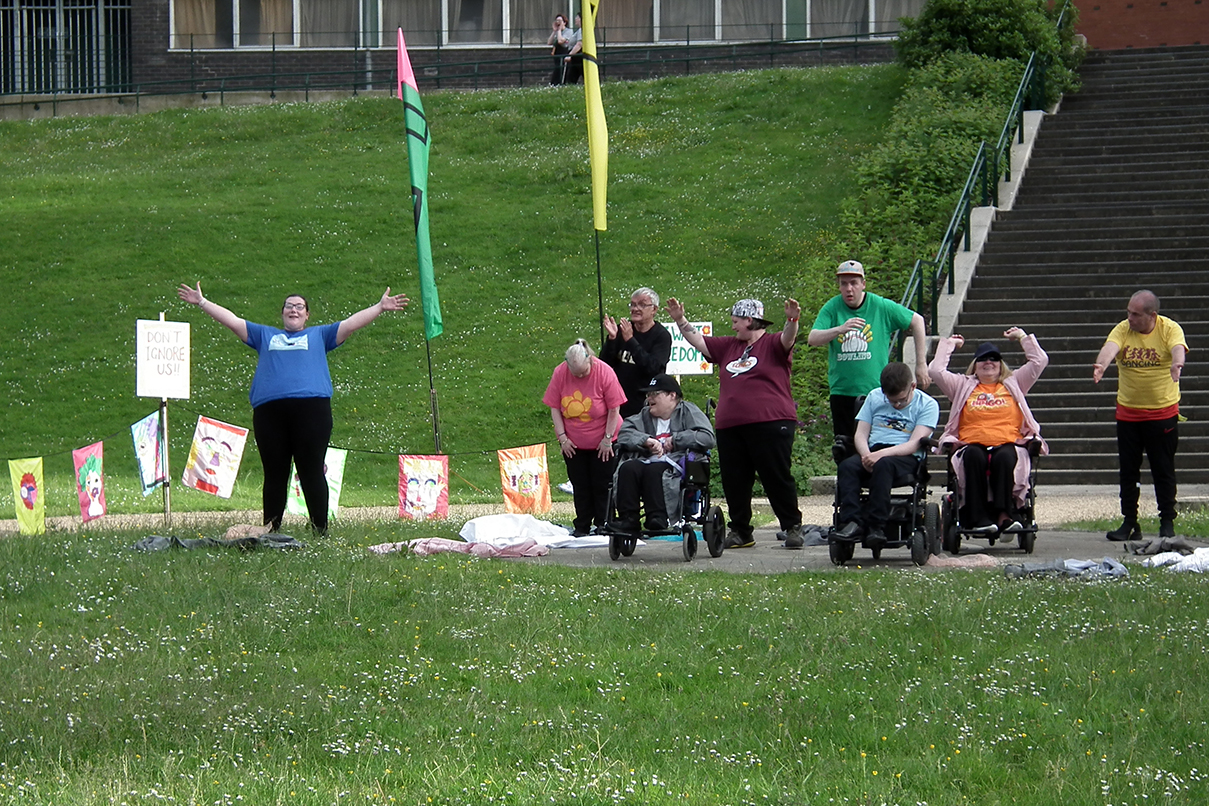 Our first ever outdoor arts production!

Looking Back: Facing Forward was DIY’s first ever outdoor arts production! It was also our first production since the pandemic began. A year ago, in June 2021, DIY actors hesitantly started meeting face to face again in Peel Park after a long period of meeting on Zoom. We were all nervous about meeting in person, […]