Your are in: Home / Our shows / The House of Bernada Alba

The House of Bernada Alba 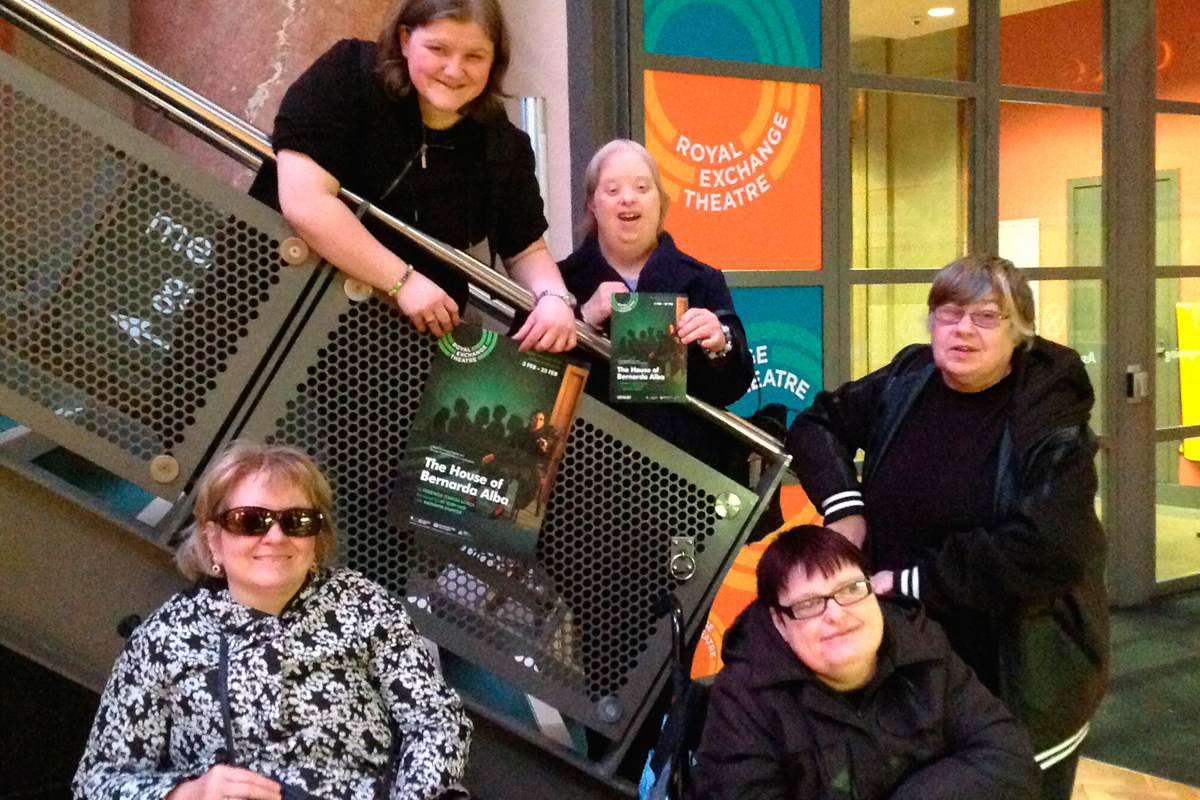 DIY actors worked with Graeae Theatre Company at The Royal Exchange Theatre to create a strolling piece to accompany Graeae’s production of The House of Bernada Alba.

The House of Bernarda Alba by Federico García Lorca was a Royal Exchange Theatre and Graeae Theatre Company co-production. It featured internationally acclaimed actor Kathryn Hunter and an all-female cast and was directed by DIY’s patron Jenny Sealey. Lorca’s final masterpiece is a bitter and darkly comic tragedy that charts the tyranny, jealousy and desperate struggle for freedom that will tear Bernarda and her daughters apart.In a landmark co-production, Graeae brought their unique focus on accessibility and different theatrical languages to bear on this spare and full-blooded translation of the play by Jo Clifford.

DIY company members appeared as part of the performance’s soundtrack and developed a moving piece of strolling theatre, based on a funeral procession, which was performed at each matinee of the show.

If you'd like DIY Theatre to perform at your centre, please get in touch

View photos from performances of "The House of Bernada Alba".

I have never thanked you all enough for being so wonderful setting the scene of sadness and grief in the great hall and for sharing your stories and knowledge about the chairs. Jenny Sealey MBE, Artistic Director of Graeae Theatre Company

Theatre should be for everyone and DIY demonstrate this with chutzpah and pride. Jenny Sealey MBE, Artistic Director of Graeae Theatre Company